This Hanover-based refugee home's exterior wows with its shapes and colours while highlighting concepts such as liveliness, warmth and confidence by means of exposed wooden walls on the inside. The modern modular building made from MM crosslam cross-laminated timber provided by Mayr-Melnhof Holz was awarded the State of Vorarlberg’s Timber Construction Award 2017 in the category “Timber Constructions Abroad”. 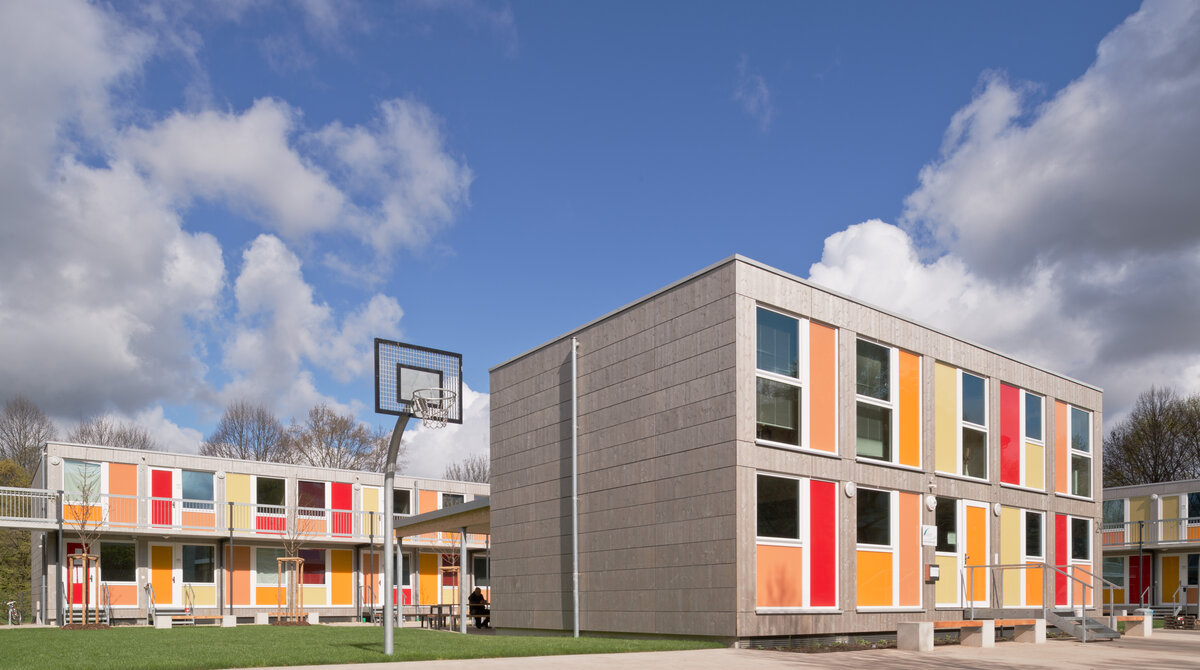 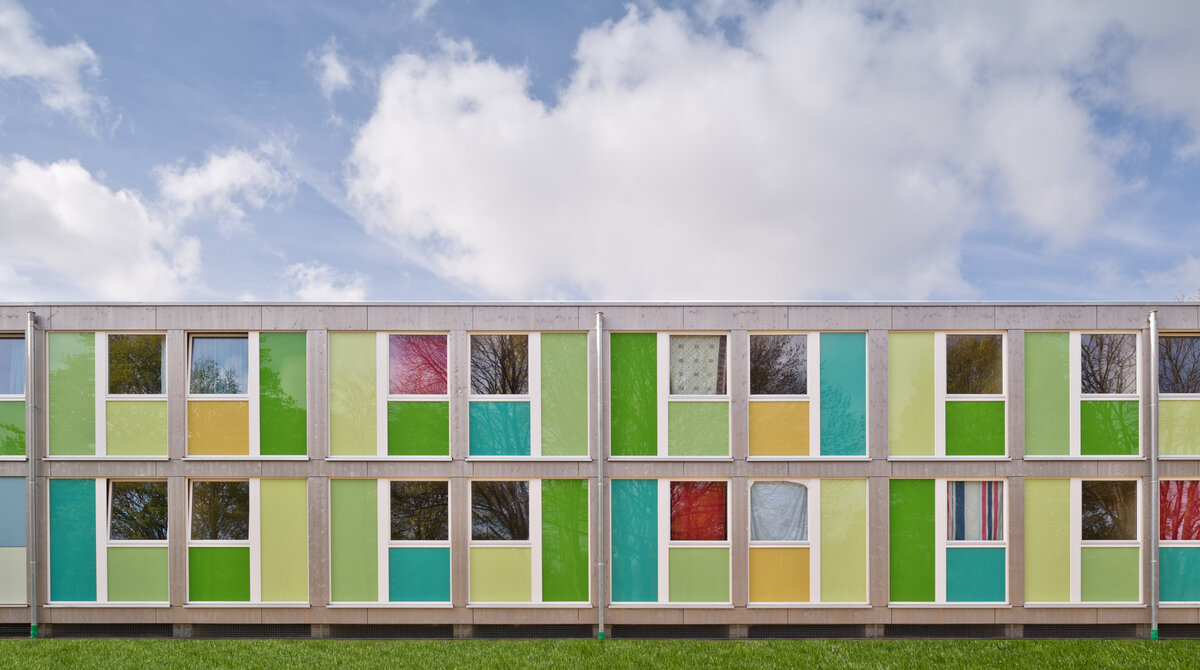 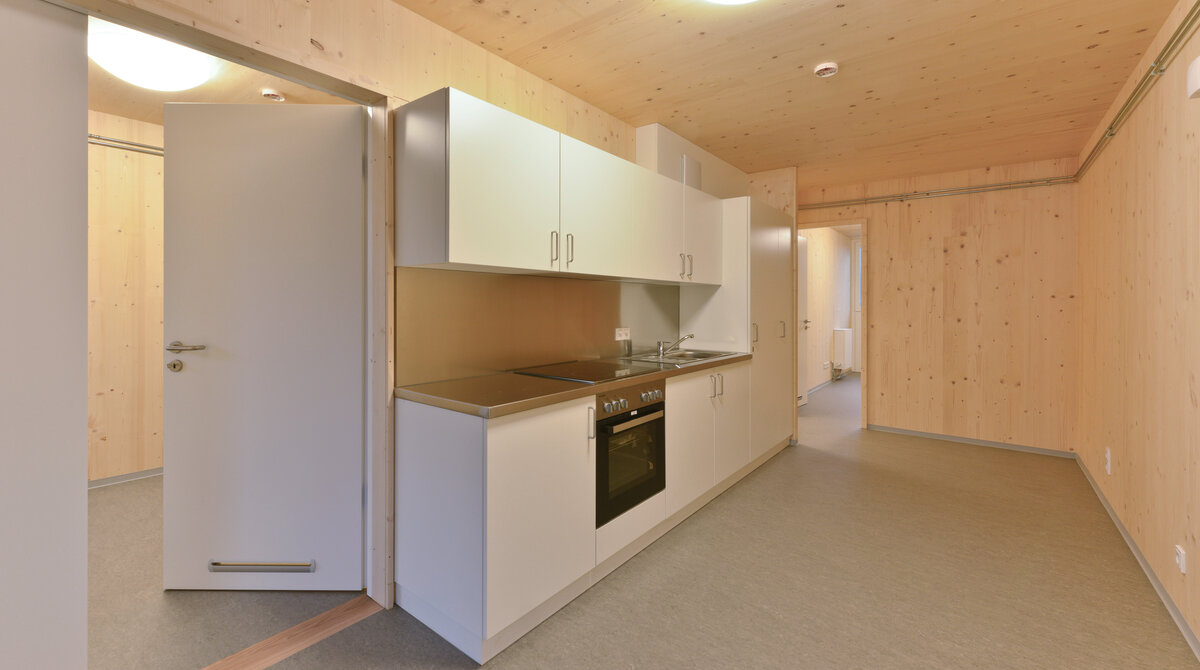 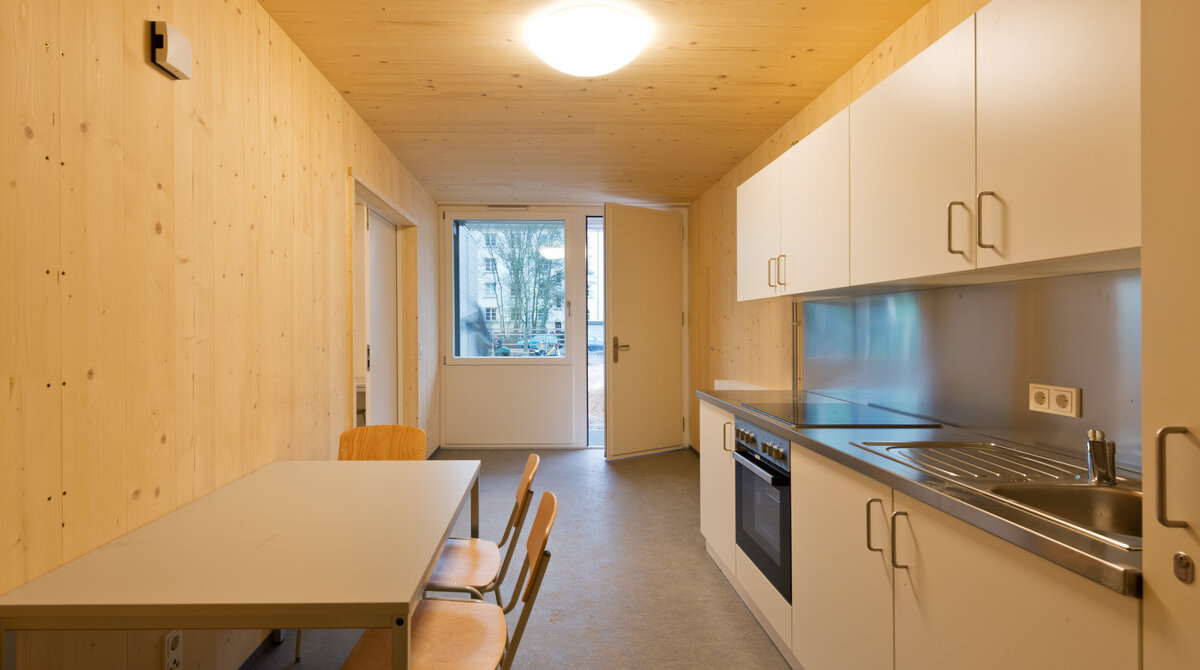 The two-storey residential building features 96 rooms for refugees and radiates optimism and confidence courtesy of its colourful design. Its elements’ serial production is visible on the façade without looking “cheap”. The u-shaped arrangement of the three elongated, dual-storey structures and the slightly offset common and administrative structure opposite create an open space in between. The latter allows for meetings without being intrusive and is supported by the arcade-like access structures on the top floor. The residential units are logically and flexibly arranged. While the simpleness that characterises any modular building is undeniable, it has been executed in a subtle, direct and warm manner.