Paradise garden made of wood

On the inside, Cambridge's Central Mosque makes one think of the garden of paradise. The special structure with its interweaving branches stretching into the skies is reminiscent of 30 trees. Mayr-Melnhof Holz supplied straight MM masterline glued laminated timber to the project which was used for walls and the roof. MM crosslam cross-laminated timber was installed in the walls, ceilings and the roof. 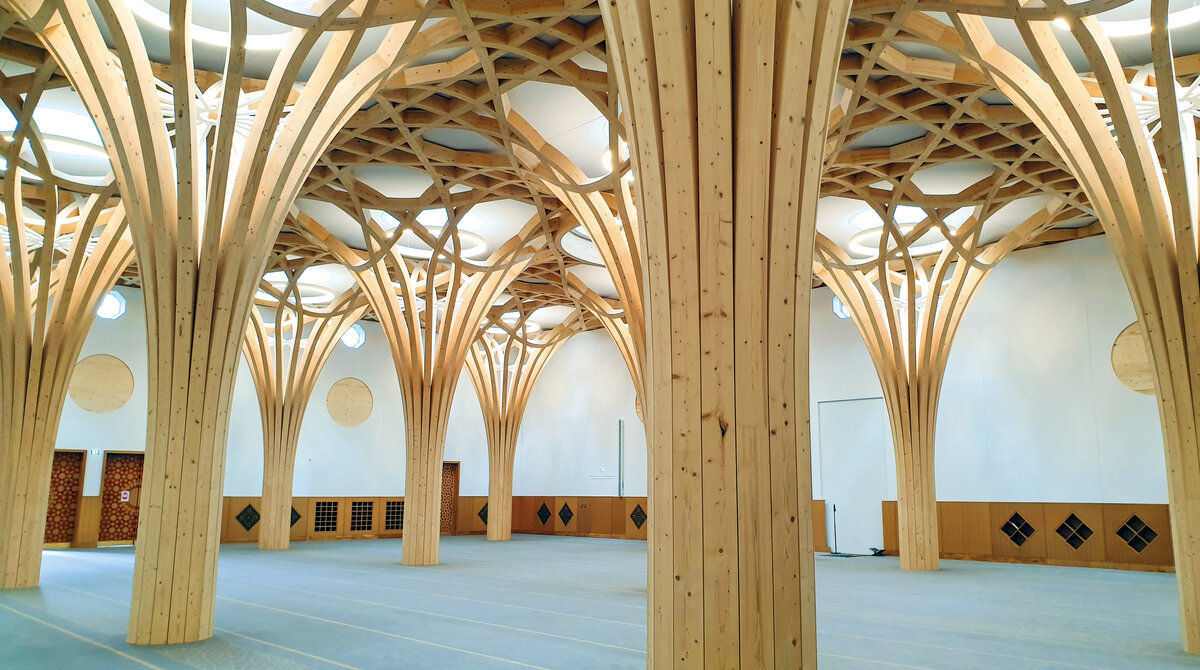 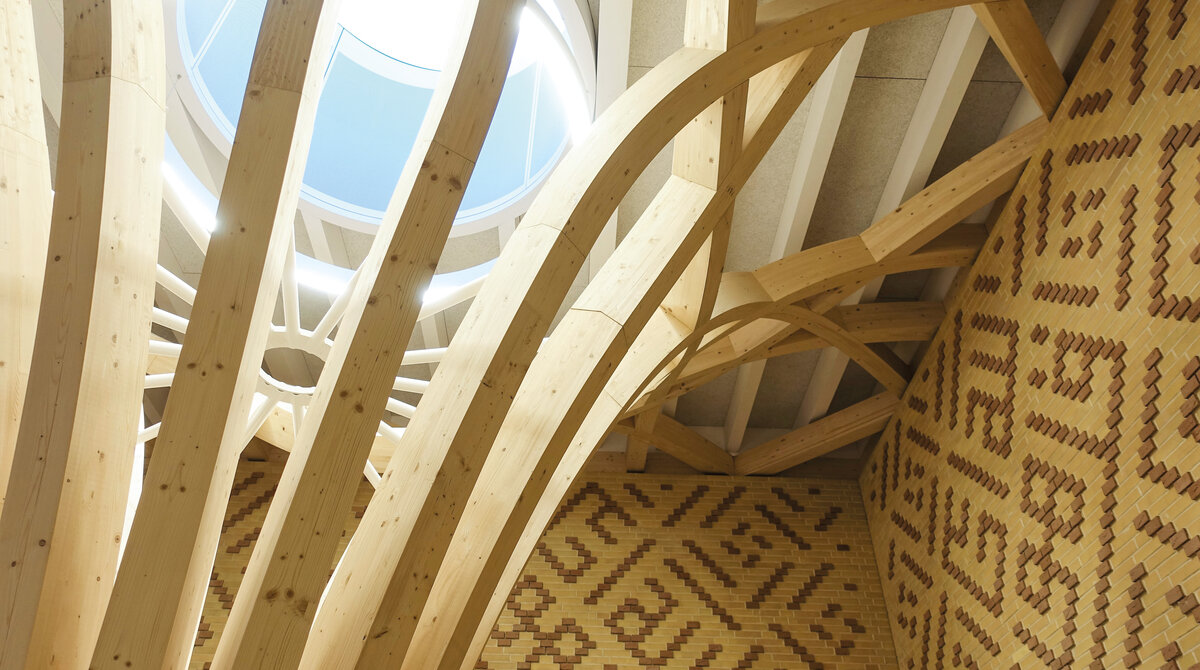 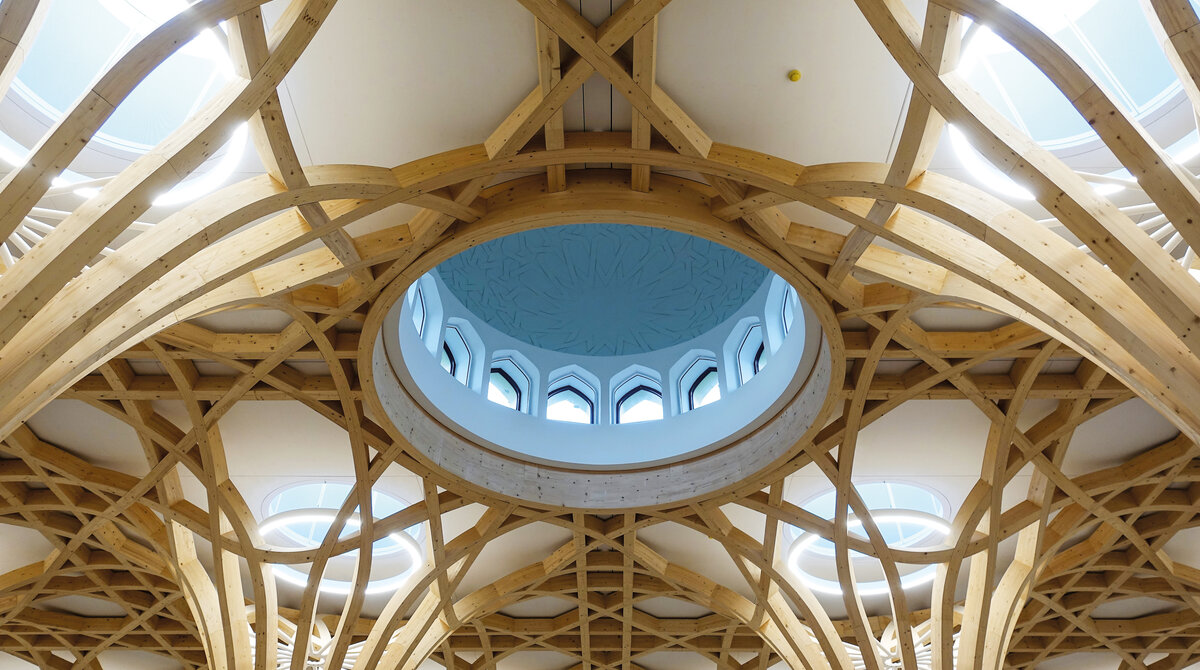 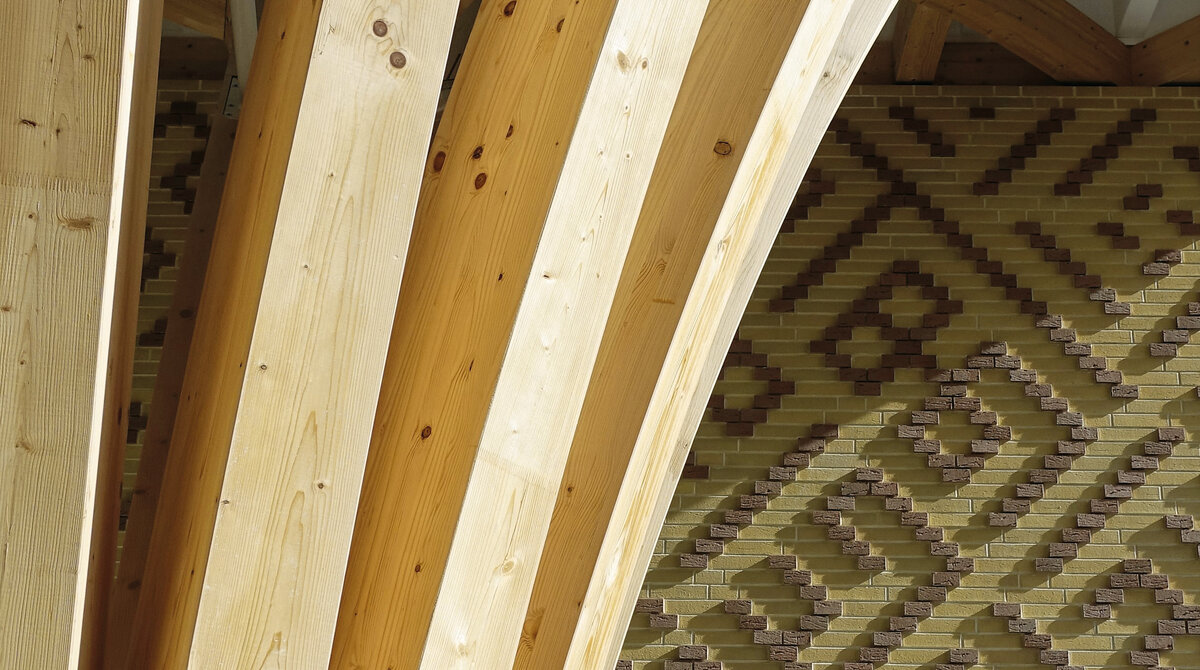 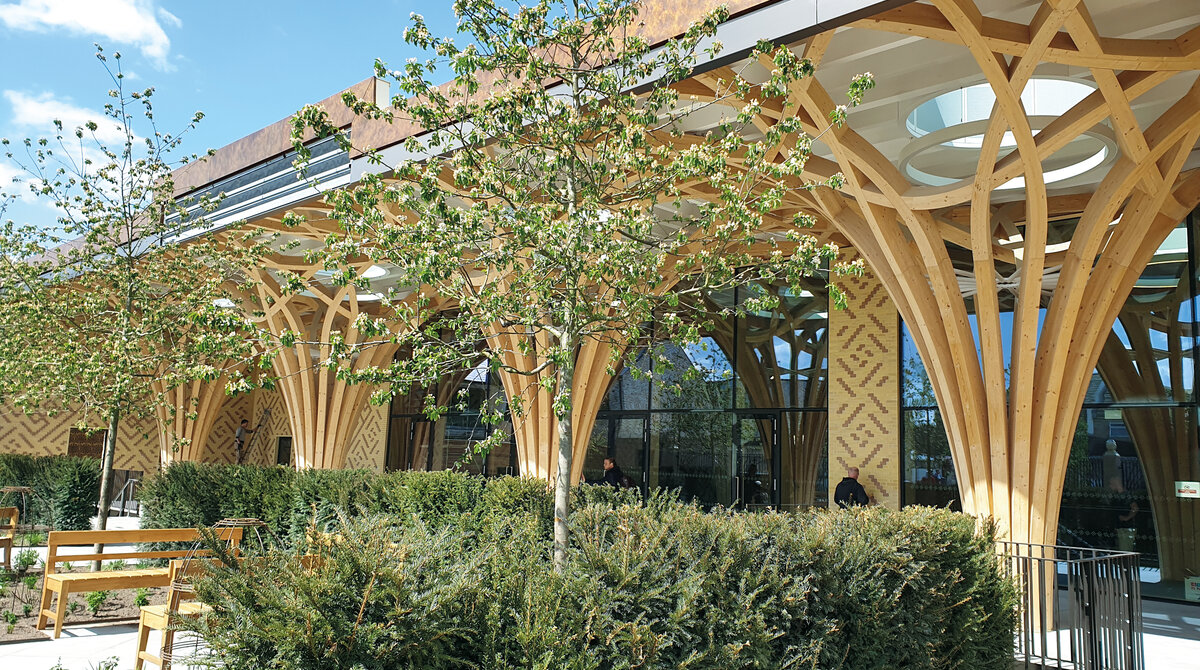 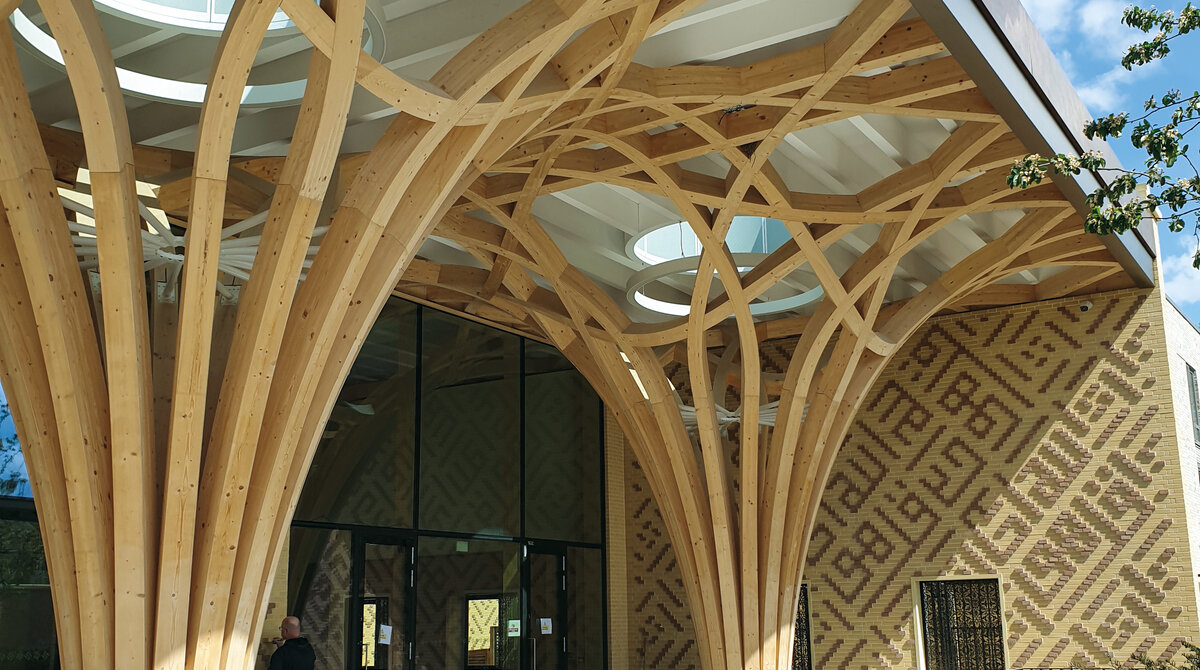 The mega-mosque on Mill Road in Cambridge has enough room for some 1,000 believers. The house of prayers is also open to non-muslims. Its interior is inspired by the story of the gardens of paradise. “We imagined the site as a grove of trees that brings the community together for quiet discourse under the trees,” Julia Barfield from Marks Barfield Architects in London explains her design ideas.

The building is accessed via a garden while the transition from public to prayer room is flowing. The mosque’s construction employed a climate-neutral timber construction method that – combined with solar power and rain water storage – justifies its name as Europe's first ecological mosque.

Its timber roof elements are reminiscent of the interweaving branches of 30 trees which patterns are based on octagonal structures, inspired by a guiding geometry of traditional mosque construction symbolising the rhythm of life. Most of the 3,800 building elements were pre-fabricated in the factory and delivered to the construction site in accordance with a precise time schedule. On site, the timber structure was put up in just half a year. Adjacent to the dome, the flat roof areas measuring some 2,000 m² were made from ribbed timber ceilings while most of the exterior and interior walls are timber frame constructions. On the room side, 3-ply structural panels with a white fire protection coating face the residents, creating a bright and inviting atmosphere.