The 92 flats now situated at the former premises of the Hummel Barracks in Graz (AT) are part of Styria's first six-storey timber construction. The building was put up using the building material of the future MM crosslam from Mayr-Melnhof Holz. The cross-laminated timber was used on load-bearing walls and the roof. The four building sections made of solid wood were situated in such a way on the site that every complex receives a maximum amount of sunshine. Furthermore, the innovative residential building meets passive house standards. 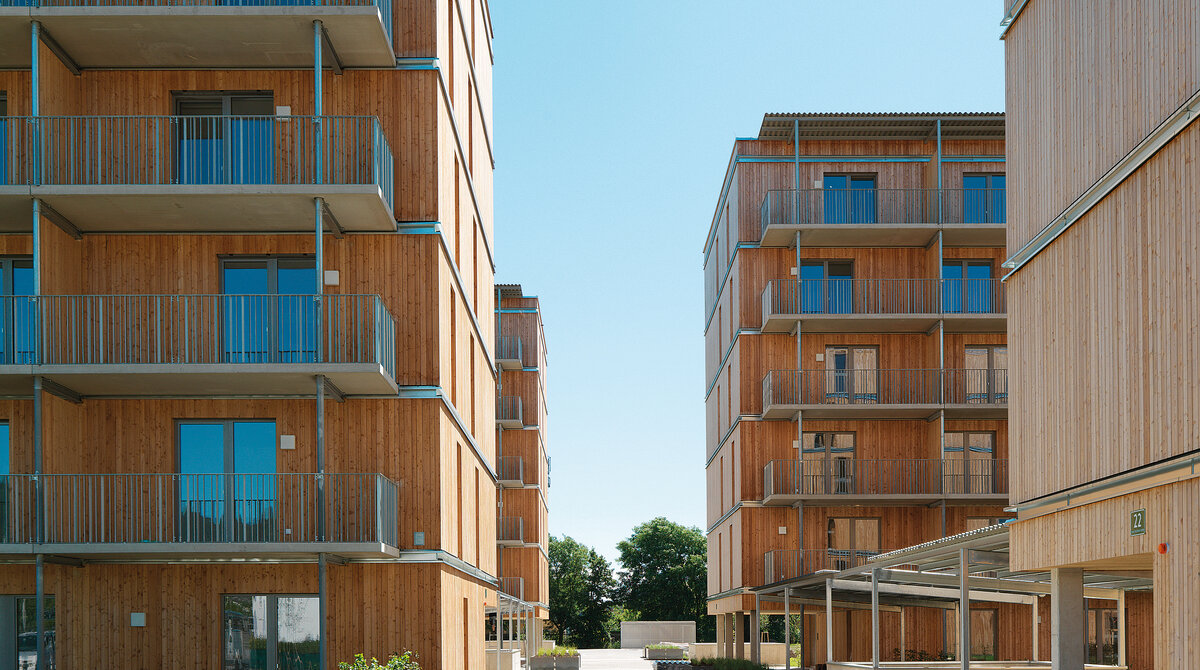 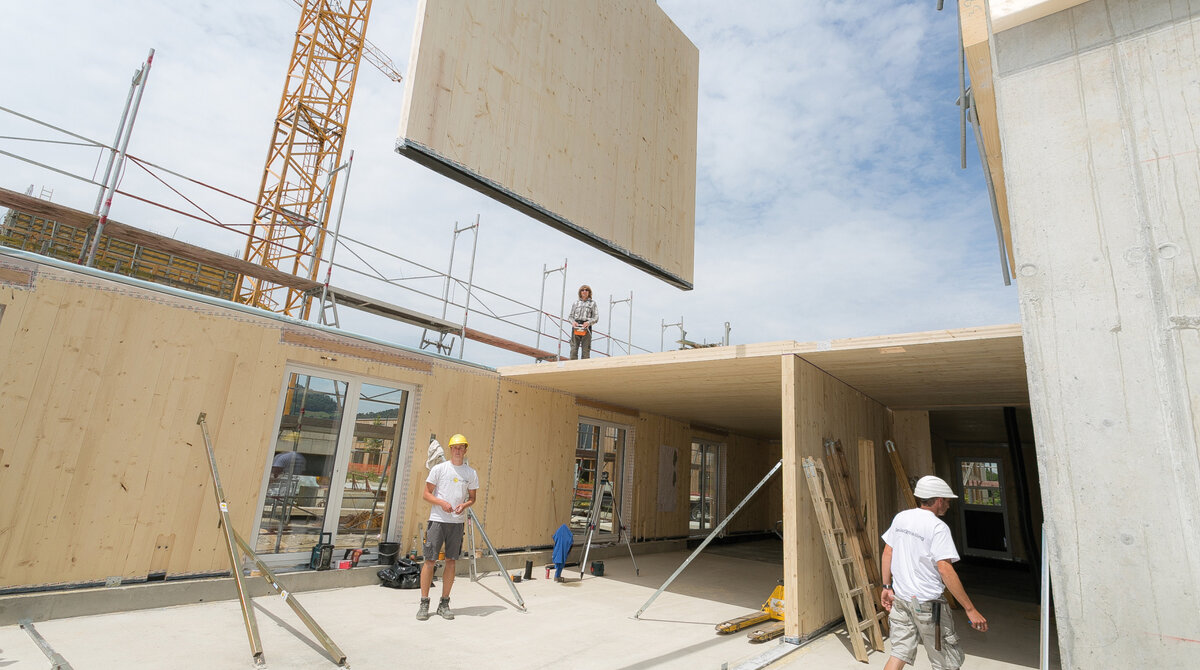 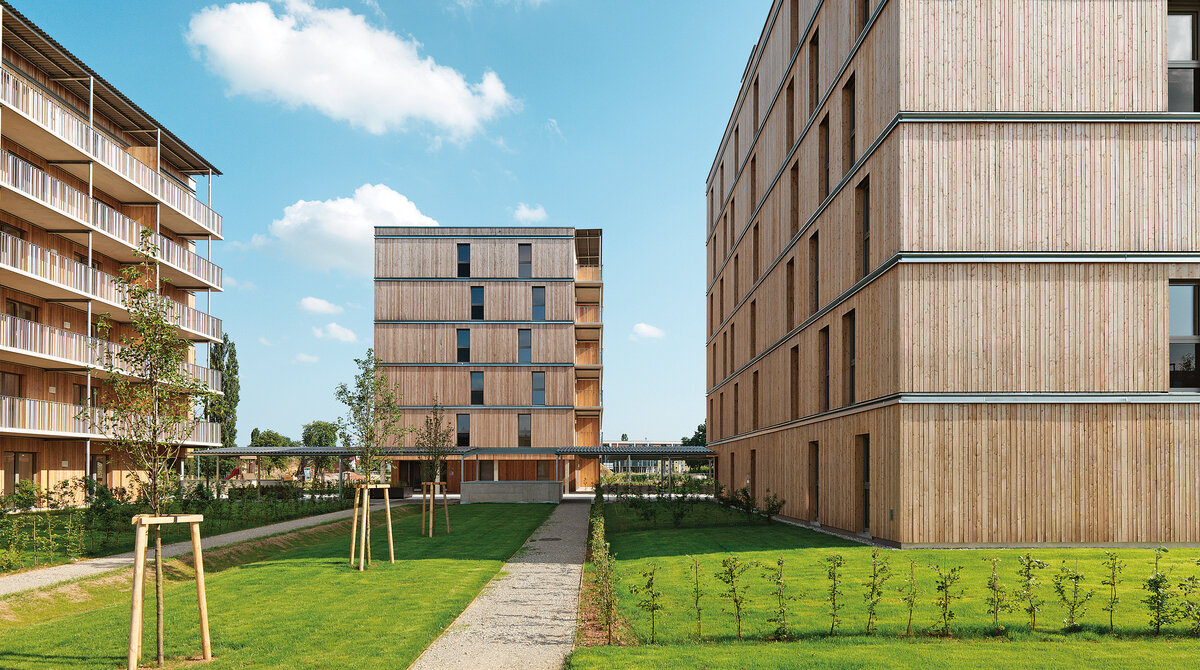 In recent years, wood has become a building material that is increasingly used for innovative projects in urban environments. Thanks to technical advances, it can now be used to implement comprehensive and complex wood structures. This led to the construction of a multi-storey building from MM crosslam cross-laminated timber in the Styrian capital of Graz in 2016.

The innovative residential building Graz-Reininghaus was born in 2012. For the Hummel Barracks residential complex the City of Graz actually invited tenders from architectural teams and timber construction companies. A study for the urban situation of the project had already been drawn up. The successful bidders SPS Architects and Kaufmann Bausysteme largely stuck to these specifications, designing four identical, six-storey timber structures mirrored along a roofed east-west central axis.

Its total of 92 flats with a usable floor space of 5,695 m2 located at the former premises of the Hummel Barracks in the Reininghausgründe urban development area, are part of the first six-storey timber construction in Styria. The four structures all feature basement floors and are connected by a shared underground carpark. Every flat has its own terrace or spacious balcony. Furthermore, the residents have a common room as well as bicycle workshops at their disposal. Heating and hot water are supplied by the local district heating grid. Additionally a solar power system on the roof as well as charging stations round off the ecological concept of this residential building. One particularly appealing feature is its high percentage of green areas.
Due to its high demands towards stiffness, acoustic insulation and fire protection, the primary construction material wood was supplemented with access cores, footings and HVAC ducts made of reinforced concrete.