Hallein's (AT) seniors’ residence stands out. The multi-storey modular building made of MM crosslam cross-laminated timber from Mayr-Melnhof Holz represents significant progress in the fields of sustainable building and environmental consciousness. The residential complex also incorporates forms of energy generation such as district heating and solar power. 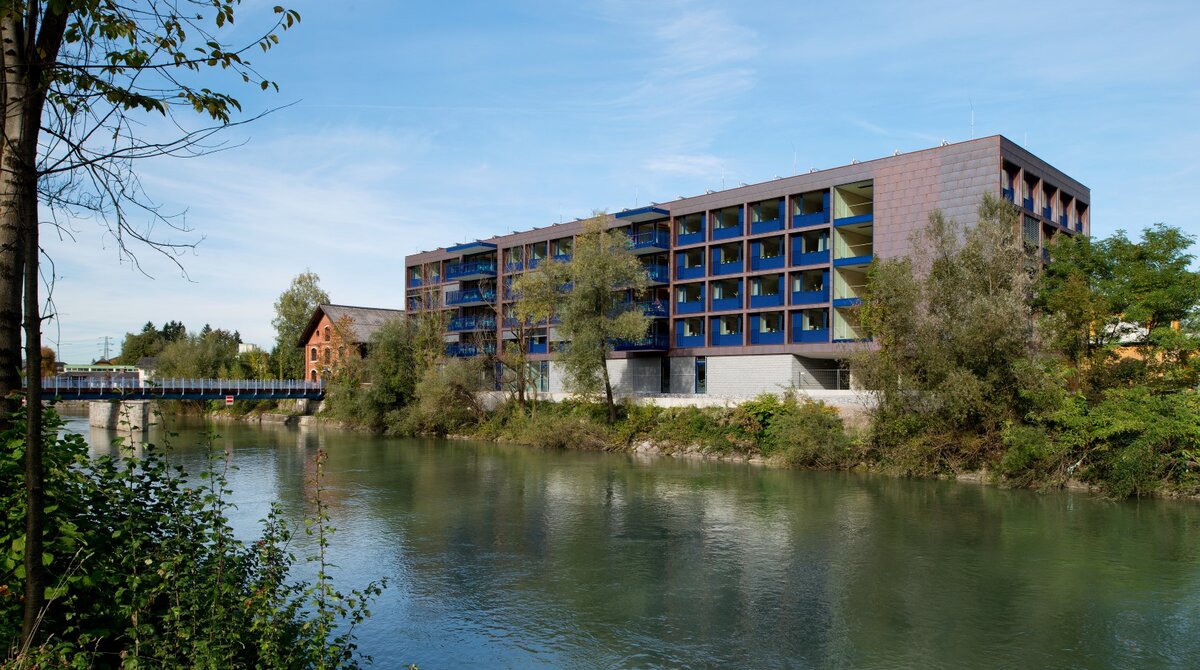 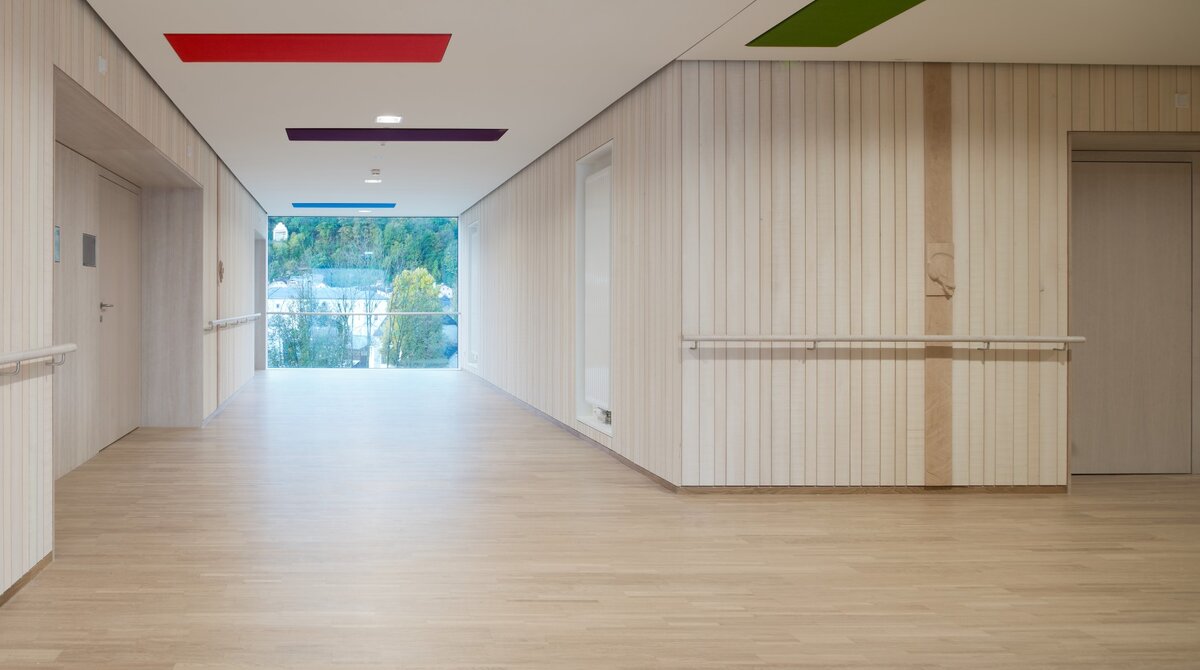 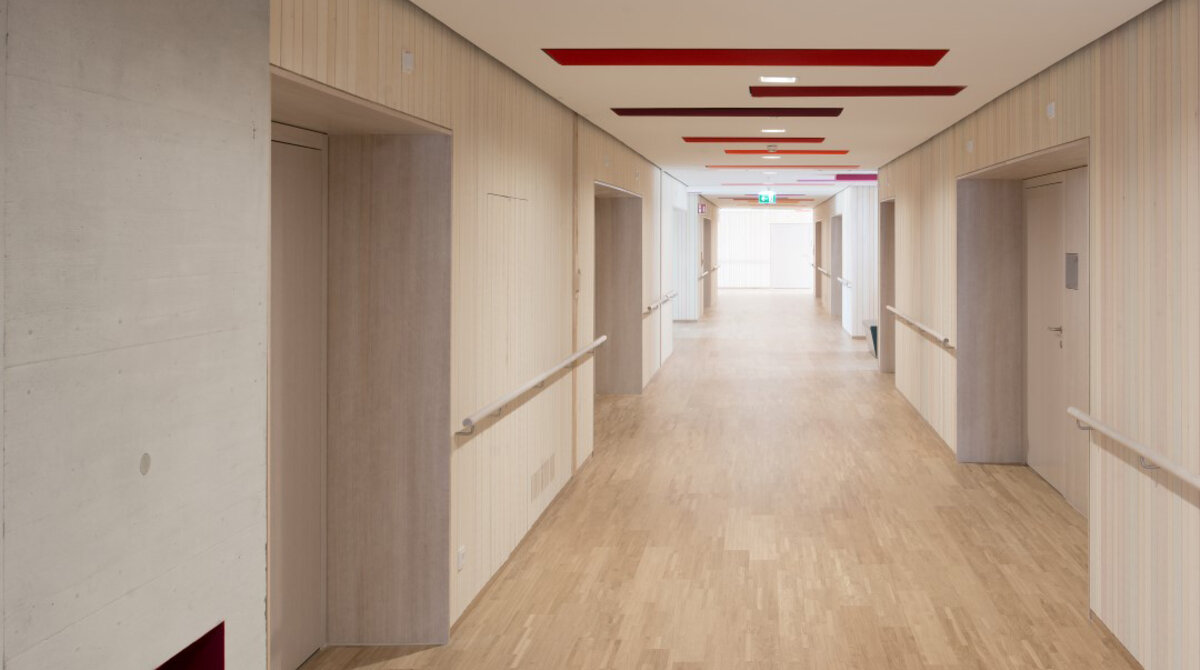 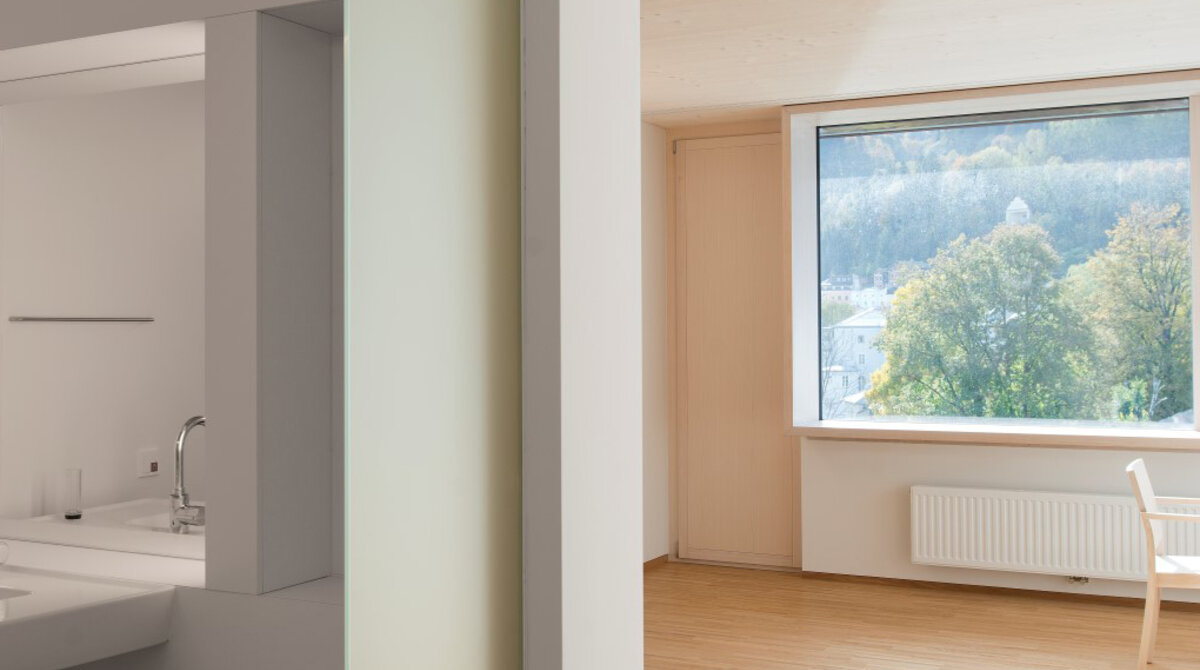 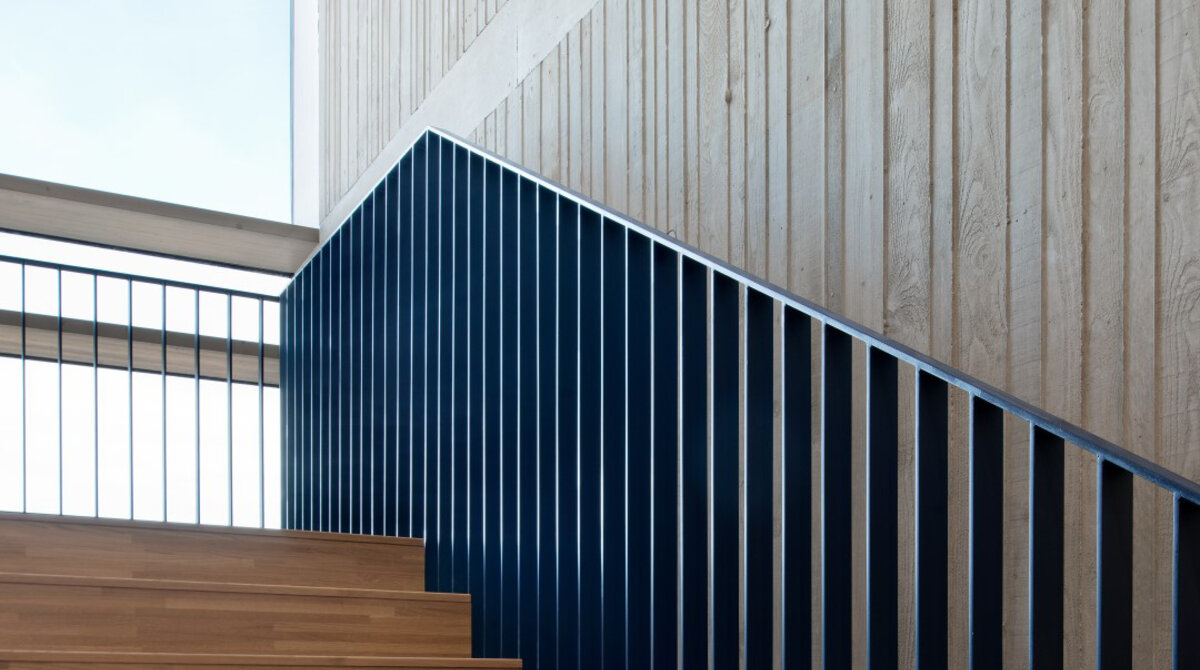 Since October 2013, an architecturally and spatially sophisticated seniors’ residence has provided a new home for elderly people from Hallein (AT) and the surrounding neighbouring communities. When a new building became necessary, the municipality of Hallein set the right course: It did not relocate the seniors’ residence to the periphery, but instead decided to rebuild it at the old, centrally located site right next to the city park. Although this meant a challenge for construction progress, it ensured the greatest possible mobility and urban integration of the building and its residents. In terms of urban planning, the shorter wing of the new building ties in with the so-called "Ziegelstadel" opposite and forms a counterpart to this former storage hall of the Hallein salt works.

Today's multi-purpose hall for various events, together with the new building and the entrance area located there, forms a square and gateway situation to the footbridge and the Perner Island in the direction of the old town. This four-storey competition project offered the most balanced relationship with the Ziegelstadel building. Based on a forecast by the State of Salzburg, it was decided to simultaneously add a fifth floor with additional 32 single and two two-bed rooms, which had turned out to be the more favourable solution. The new building links to the city park via a private terrace zone and a semi-public garden zone with a strolling area as well as a garden for residents suffering from dementia. The circular walkway also provides an attractive weather-protected area by the river and a transition to the city park under the elevated part of the structure. Loosely placed green areas border the area to the park without closing it off.