Ecological criteria are playing an increasingly important role in the retail sector. The regional grocery operated by the Austrian food group SPAR in Frohnleiten (AT) was built in modern sustainable timber construction. The natural raw material for this comes from local forests in the immediate vicinity. MM crosslam cross-laminated timber for the walls and ceilings and MM masterline glulam special components for the primary hall's supporting structure were used in the construction. 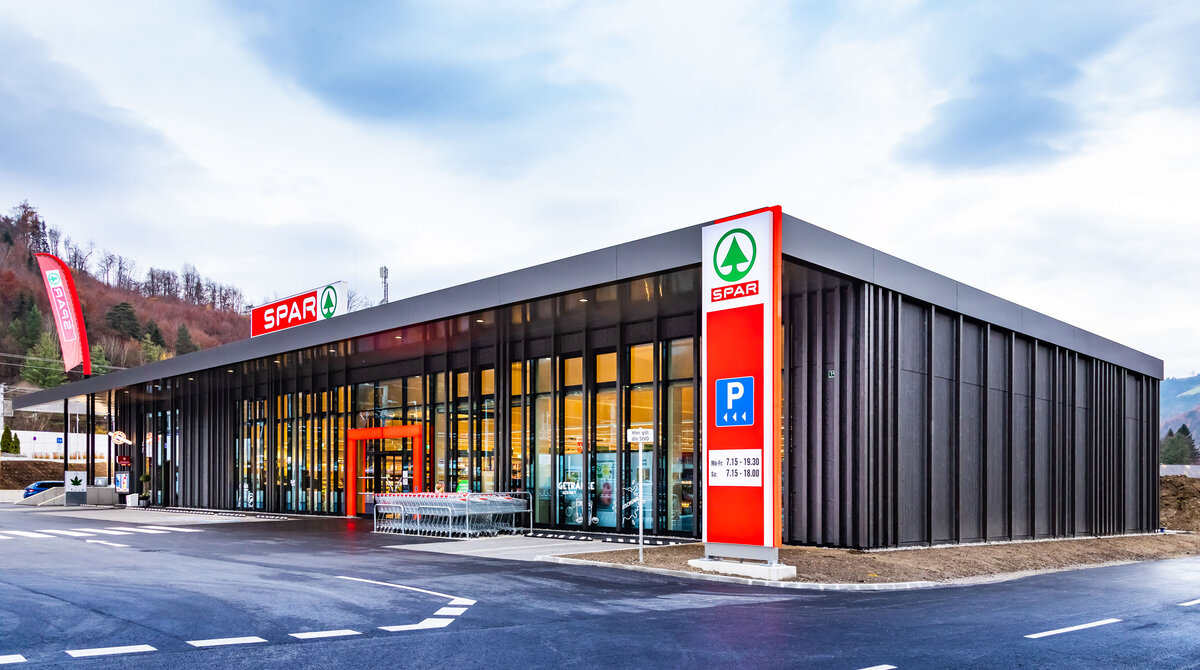 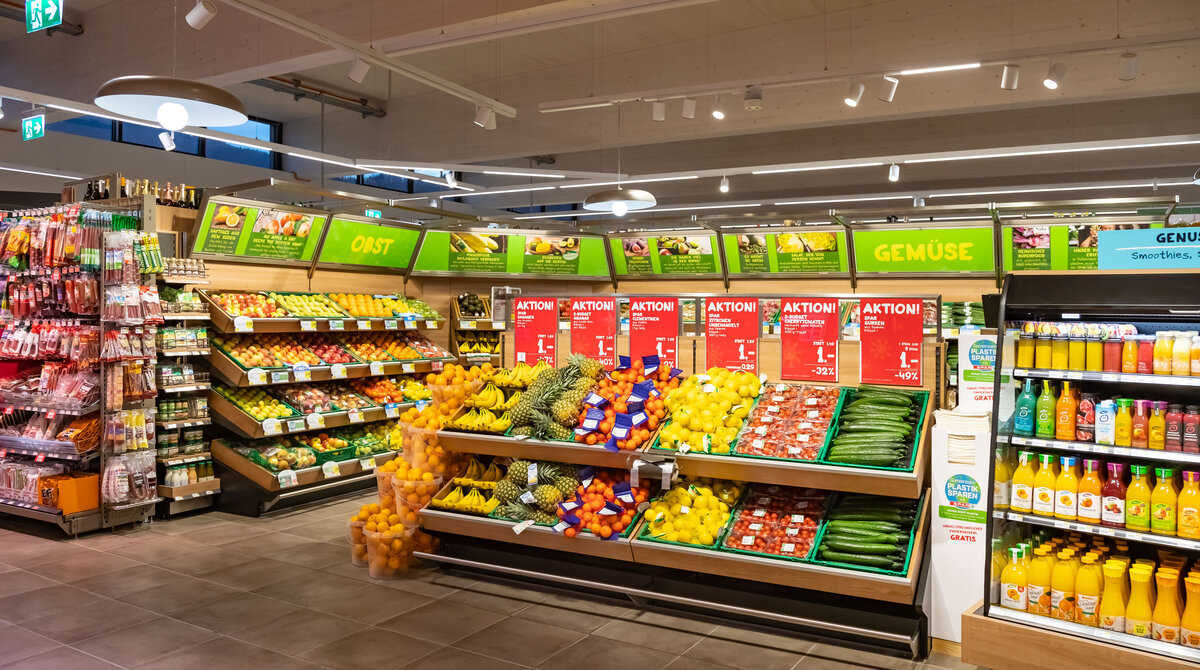 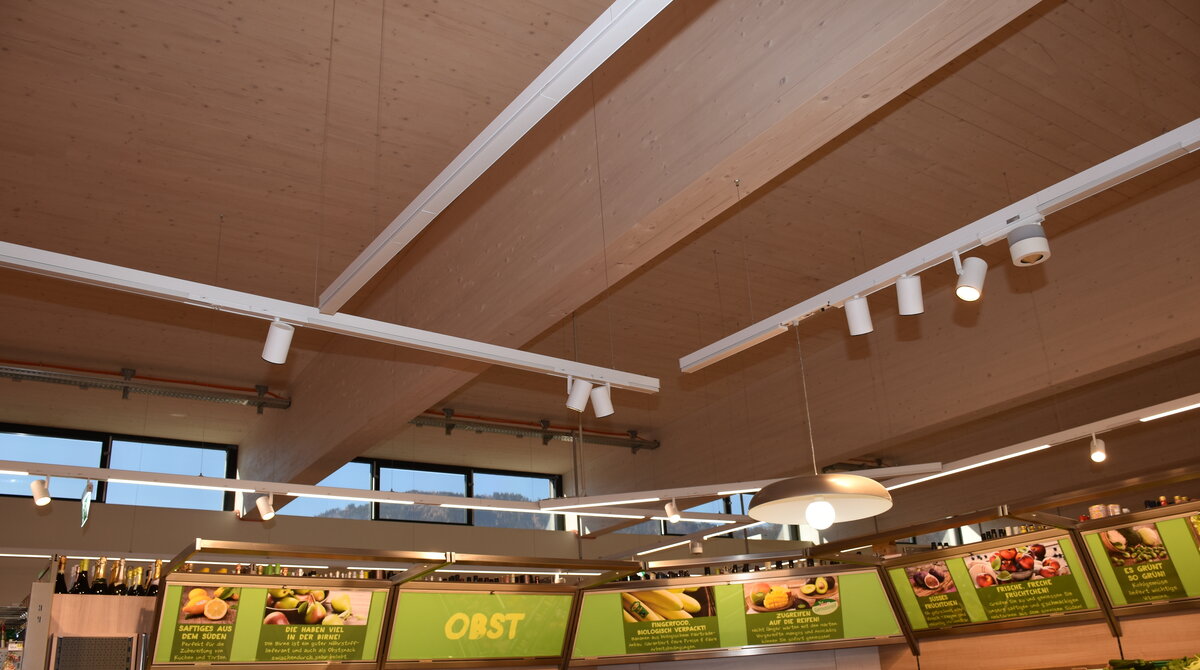 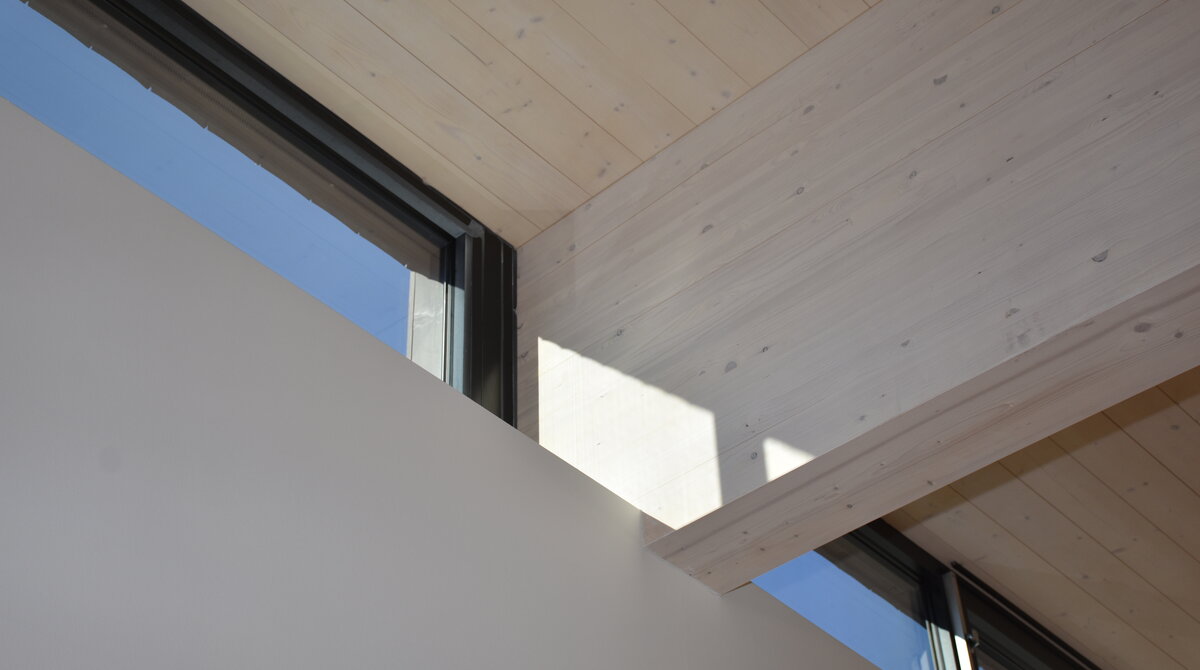 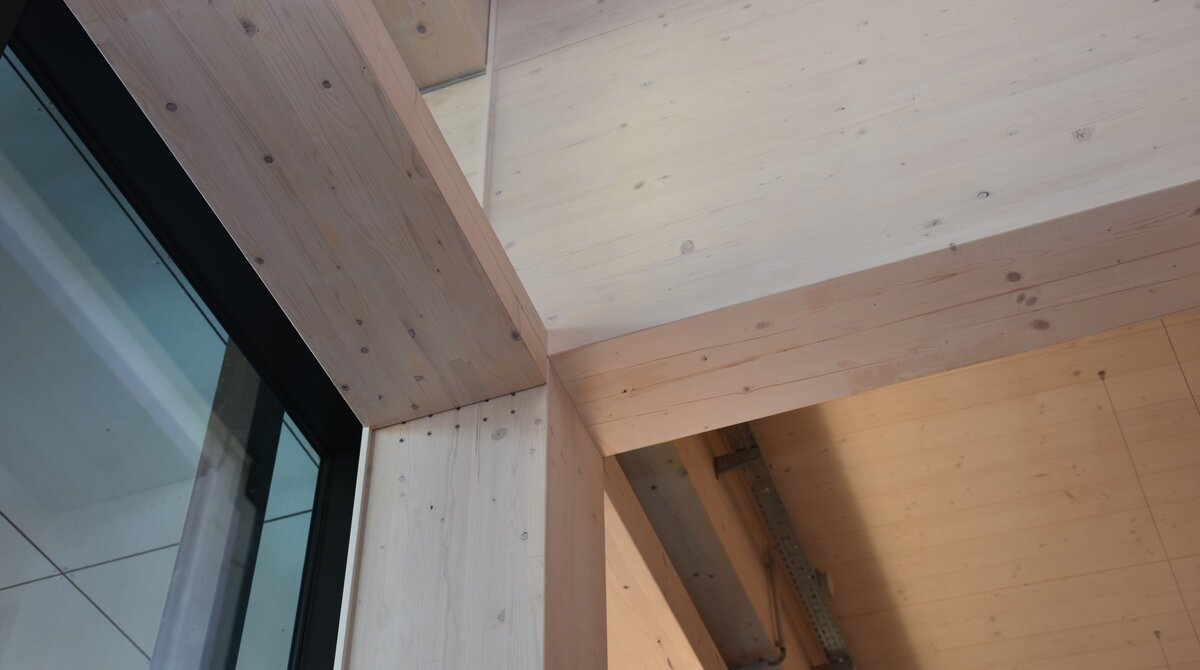 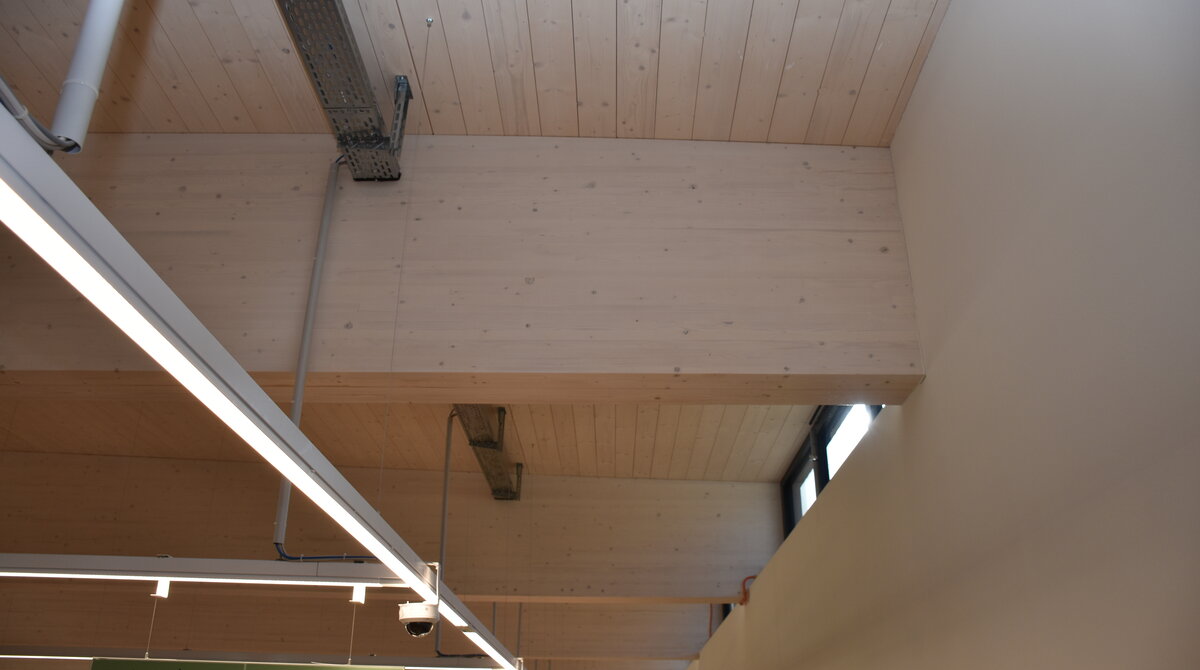 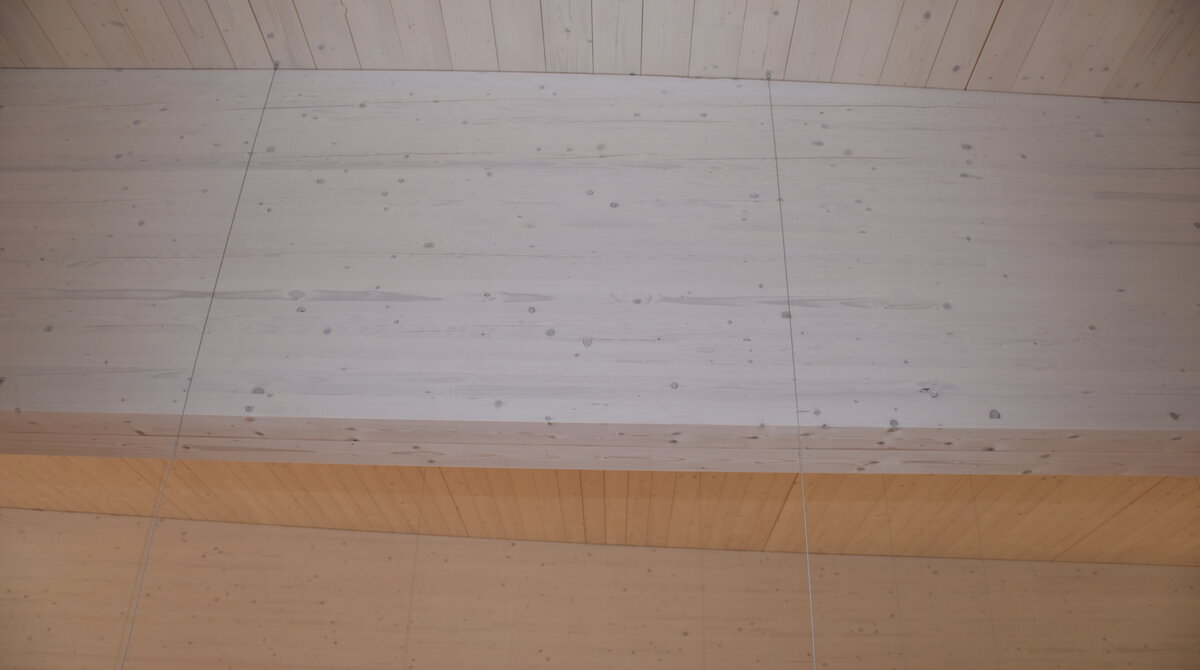 The area surrounding Frohnleiten (AT) is one of the most densely forested areas in Styria. The SPAR supermarket next to the train station in the village references this specific topographical situation: More than 450 cubic meters of cross laminated timber, glued laminated timber and solid wood were used on the approximately 700-square-metre supermarket, which was built in 2019 using sustainable and resource-saving timber construction methods. The installed wood that was sourced in the region originates exclusively from PEFC-certified forests. All of the 450 m3 of timber used for this project grows back in the Styrian forests in a matter of 30 minutes.

The market hall is comprised of a modern timber skeleton and timber frame construction and with a load-bearing cross laminated timber ceiling as a flat roof. The wooden structure with its massive beams is deliberately designed in such a way that it always remains visible on the inside and is therefore able to positively influence the shoppers’ spatial experience, while the external effect is determined by the wooden façade made of stained spruce, in which wooden supports alternate in a lively, precisely choreographed rhythm. The wooden supports appear to carry the roof like trees to simultaneously create an interplay of light and shadow just like in the forest. This layer of supports and panels also regulates the transparency of the hall and provides opaque zones where they are needed for the processes inside. Consistently, the flat roof is greened and equipped with solar panels.